Total commitment to the environment.

Successfully implemented projects are what ultimately counts. PORR Umwelttechnik can look back on almost three decades of experience and hundreds of successfully completed orders. We work for a variety of employers in the construction industry. Public institutions rely on our expertise, as do industrial, commercial and private customers.

Our expertise and holistic approach, state-of-the-art technology and the high personal commitment of our employees are behind every one of our successfully completed projects. Here is a small selection of them. See for yourself. 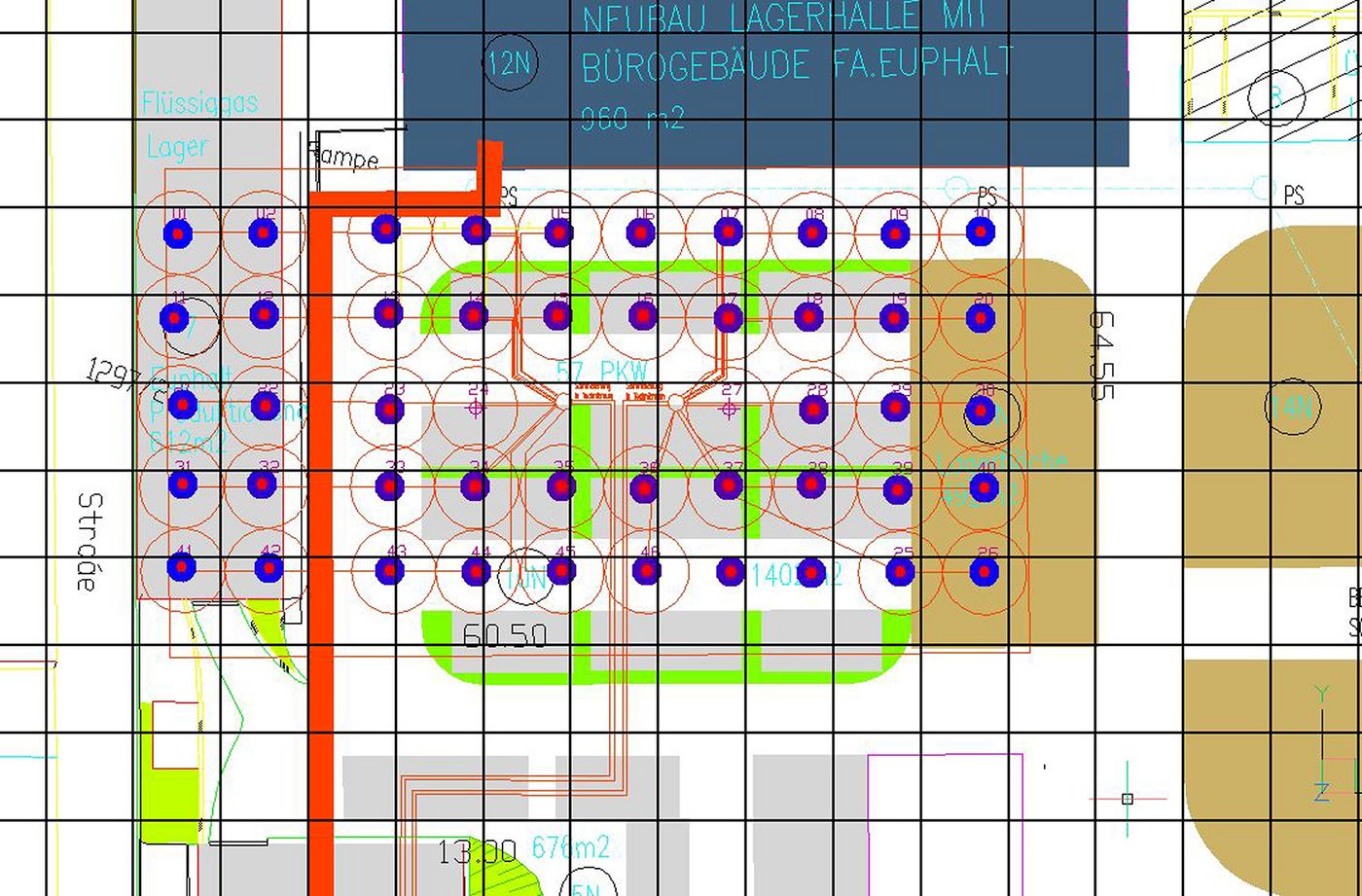 Geothermal energy in Linz: a borehole heat exchanger field for heating and cooling.

Ever since the revitalisation of the Linz branch premises in the spring of 2018, PORR has placed a strong focus on renewable energy here as well. What is currently the largest borehole heat exchanger system in the Upper Austrian provincial capital, has been supplying the office building, the ancillary buildings and the laboratory with renewable energy since that time. The geothermal system was planned and installed by PORR Umwelttechnik and consists of 46 borehole heat exchangers, which are used for both heating and cooling.

PORR Umwelttechnik used a variety of software tools for planning the borehole heat exchanger field: to calculate energy yields, for example, or illustrate how the geothermal system affects its surroundings. Taking all the key influencing factors into account, experts calculated the flow and return temperatures, the changes in subsurface temperatures, and the extraction and intake capacities over a 30-year operating period.

The Thermal Response Test (TRT) forms the basis for testing the borehole heat exchanger field. It is used to determine ground thermal conductivity and borehole thermal resistance. The undisturbed underground temperature is determined beforehand using a sample heat exchanger, and a temperature profile is created before and after the TRT.

The heat exchangers were created using hydraulic drilling. The energy stored in the earth is brought to the surface by means of double U-tubes which are filled with a thermal transfer medium. The energy extracted from the soil is brought to the desired temperature by means of a heat pump before being passed on to the end user. The heat intake during the cooling process in the summer months regenerates the heat exchangers in preparation for the heating period

Change in the subsurface temperature caused by the heat exchanger field after 30 years of operation. PORR Umwelttechnik used suitable software tools to calculate energy yields and the system’s impact on its surroundings.
Print project
Back to overview